The Department of Biology is a vibrant intellectual community renowned for the breadth of its interests and expertise, which span the full spectrum of contemporary life sciences, ranging from genomics and molecular biology to ecosystems and the biology of climate change.

The department is delighted to engage with a community of individuals who are committed to what we have accomplished, and what we are hoping to accomplish. Our biology advisory board serves the Department of Biology through their counsel, advocacy, and philanthropy. We gratefully acknowledge the vital role of this advisory group. Biomedical Research, M2Gen, Inc.
Dr. Brantley received his MD from the University of South Carolina in Charleston, and undertook residency training in Anatomic and Clinical Pathology at the University of Pittsburgh Medical Center. After a 24-year career in the medical field, Dr. Brantley left to join M2Gen, Inc., a biomedical company that works with the pharmaceutical industry to develop targeted cancer therapies. Retired, USDA-ARS
Ms. Bruton received her Master’s degree from Carolina and after graduate school she worked in research for USDA-ARS in the entomology division for cotton insects. Since retirement, Ms. Bruton has become a community volunteer and advocate for several environmental issues, such as opposing a factory hog farm on a site adjoining a creek, opposing a major power line through a historic home and farmland, the devastation of a swamp, and saving ocean dunes from future clear cutting. Partner, Axinn, Veltrop & Harkrider LLP
Mr. Burgy earned his B.S. in Biology from the University of North Carolina at Chapel Hill. After undergrad, Mr. Burgy worked for several years as a research associate at MedImmune, Inc. where he worked on various projects including the development of a humanized monoclonal antibody (palivizumab) with activity against respiratory syncytial virus and a vaccine consisting of self-assembling, virus-like particles for the prevention of human papillomavirus (HPV). Mr. Burgy then earned a M.S. in Biotechnology from Johns Hopkins University and his J.D. from University of New Hampshire.

He is now a patent litigation attorney in Washington, D.C. with nearly two decades of experience, serving as lead counsel to clients in a multitude of venues. Although Mr. Burgy has represented clients in many technology areas, his practice focuses on patent consulting and litigation in the life sciences. Adjunct Professor, UNC Department of Biology; Research Associate, UNC Herbarium
Dr. Gabrielson received his PhD from UNC-Chapel Hill, followed by two postdocs at the University of Melbourne, Australia, and the University of British Columbia, Canada. He spent nine years teaching at a small liberal arts college, and moved back to the Chapel Hill area in 2000. Since 2004, Dr. Gabrielson has been a Research Associate of the UNC Herbarium, as well as an Adjunct Assistant Professor in the Department of Biology. His research focus is on marine algal systematics. 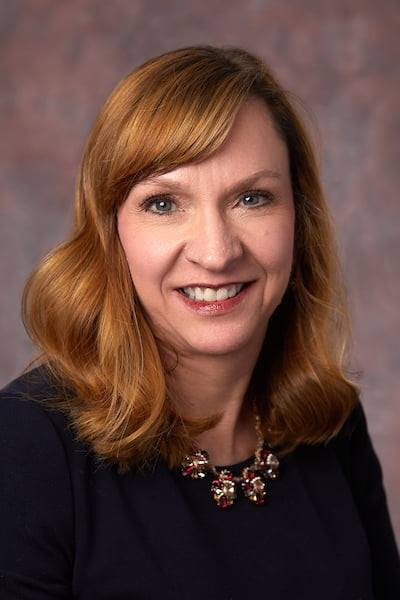 Associate Professor, RBHS-New Jersey Medical School and Associate Dean for Student Affairs, Rutgers School of Graduate Studies
Dr. Carol Lutz earned her BS in Biology with highest honors (1984) from UNC-Chapel Hill and her PhD in Microbiology and Genetics from Duke University (1990). After her postdoc at the University of Pennsylvania, she obtained a faculty position at RBHS-New Jersey Medical School where she teaches at NJMS, RSDM, and SGS. She also serves as an Associate Dean in the Rutgers School of Graduate Studies. She has decades of service on private and federal grant review panels, especially on those related to graduate and post-doctoral fellowships. She has received numerous accolades for teaching, mentoring and service. Her research lab focuses on gene expression regulation in cancer. Co-founder/President, TechLab
Dr. Lyerly received his BS in Zoology from UNC, and went on to earn his Master’s and then PhD in Microbiology from Wake Forest University. Dr. Lyerly is interested in pathogenesis of infectious diseases with emphasis on virulence factors, mechanisms of action, and development of diagnostic tests. He also studies the toxins of anaerobes, nosocomial infections, and molecular and immunological characterization of toxins and virulence factors.

Dr. Lyerly is Co-Founder/Vice President/President of TechLab, a privately-held company specializing in in vitro medical diagnostics and research on the microflora of the intestinal tract; consultant and advisor for manufacturers of toxins and antibodies, PI on NIH-sponsored SBIR/STTR applications. Retired, GlaxoSmithKline
Ms. Northcutt earned her BS in Zoology from UNC, where she worked in a postdoctoral pharmacology laboratory assisting with cell tissue research. She went on to earn her Master’s in General Science/Health Physics from the Oregon State University. Upon return to North Carolina, Ms. Northcutt worked for more than 28 years at GlaxoSmithKline in clinical drug development, primarily Phase II and III clinical trials. Internal Medicine Doctor
Dr. Viser earned both his BS and MD from Chapel Hill, and after graduated, he completed his residency at the University of Arkansas, and served in the National Health Service Corp. Dr. Viser opened his private practice in general internal medicine in Clinton, NC in 1990, and is still serving patients full-time.

In addition to maintaining his private practice, Dr. Viser is very active in the UNC community, serving as Medical Alumni president, and on the Board of Visitors. He is currently president-elect of the National Loyalty Fund Committee for the UNC School of Medicine. 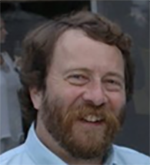 In addition to his research on plant cell wall structure and synthesis, he has been a key contributor in the development and testing of the Virtual Cell, a virtual environment for learning cell biology. Dr. White has also been active in a variety of funded projects to improve science education practices.